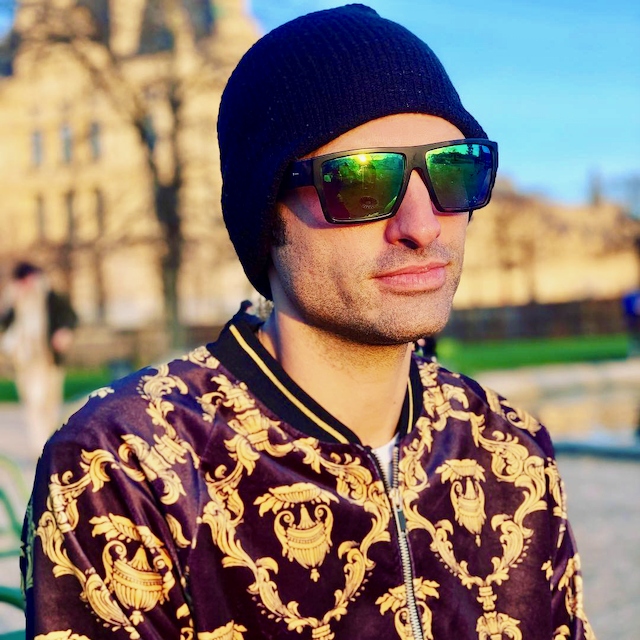 I got into computers because I wanted to learn how to hack. I must have watched the movie Hackers one too many times.

In High School (Monte Vista in Danville, California), my friends and I were able to gain a rootshell on our computer network by exploiting a vuln in perl. After making some mistakes covering my tracks and misconfiguring the network, I knew I would be busted.

I decided to turn myself into my high school computer teacher, Rosanne Krane. I will forever be grateful to her for showing me mercy in my punishment. Instead of getting kicked out of school (the school principal’s preference), I was made a formal system admin and became the TA for the AP computer science class. I also had to serve detention and pick up trash after football games.

This marked a turning point in my career. I vowed never to be a Black Hat and to only use my skills for good.

My dream job out of school (Masters in CS from UCSB) was to join Apple. I was a long time linux user (gentoo was my preferred flavor), but I was attracted to the glow of the Apple halo effect after experiencing the iPod (like many others).

My first was job at Apple was OS X Leopard build engineer. This gig consisted of turning a number of software cranks to turn 1000+ software projects (xnu, kexts libSystem, UIKit, Safari, everything) into a complied OS stack ready for distribution. The build system runs 24x7 on a distributed build machine cluster.

Looking back, that was an amazing moment in time. I clearly remember Steve on stage unveiling the iPhone. I’m very thankful to have seen such an iconic visionary - Steve Jobs - in action.

Working at Apple was a dream come true, but after having spent some time there, I started to have a new dream — to build a startup.

I got tired of building iOS and instead wanted to work as an independent developer using iOS frameworks directly. Tools like the iOS Simulator were mind blowing at the time.

I founded a series of startups with varying degrees of success and failure. Think Top Down to develop iOS games. Our first game — Friend Freak — turned the facebook social graph into an interactive quiz. It was featured on this “App Store turns 1” graphic.

We explored and developed a number of other apps.

After that, I decided to join Posterous (YC’08) and led the development of iOS and Android Apps. Posterous was acquired by Twitter in 2012.

At Twitter, I worked on a number of projects:

I’ve left Twitter at the end of 2015 - soon after my first son Atlas Huda was born to fully focus on Fatherhood and refresh my spirit.

I was severely burned out after a run at the startup game.

I spent my days reading books on the human biocomputer. I realized that I had spent so much time in the digital realm, that I hand’t invested enough time to learn more about my own biological hardware and software.

I’m a firm proponent of decentralization, privacy, and bringing money back into the hands of the people.

I incorporate travel into my lifestyle. I’d like to see everything before I retire, rather than retire then go see the world.

I love camping and I’m a fan of tiny teardrop trailers.

Many more experiences to go!